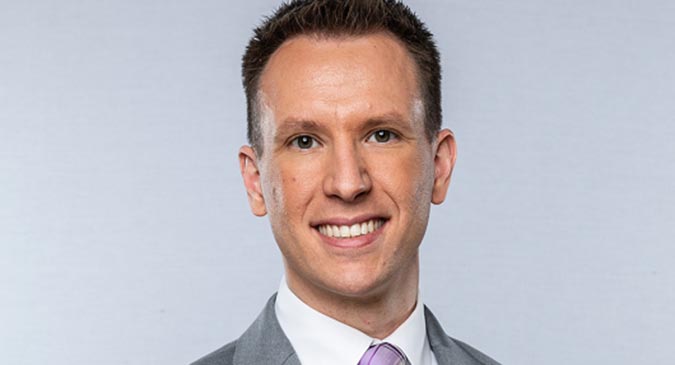 Get your questions ready for our “Ask a Meteorologist” virtual event with KETV Newswatch 7’s very own Matt Serwe.

Matt will join us live on our festival Facebook page on April 15 at 10am to answer all your science and weather questions.

After nearly three years of forecasting brutal winters in the Northwoods of Wisconsin, he is excited to call Omaha home.

“My greatest weather memories include being hit with a baseball-sized hailstone in Madison and running through the snow-covered streets of Rhinelander to get to work during a blizzard,” Matt said.

“I’m an avid storm chaser, but I haven’t had the good fortune to see a tornado in person,” he adds.

However, on the Great Plains of Nebraska, he feels his luck will change in a hurry.

A lifelong Wisconsin resident, Matt grew up in the Milwaukee suburb of Wauwatosa.

At a young age, he knew that he wanted to forecast weather on TV. He graduated from the University of Wisconsin-Madison in 2009 with a degree in Atmospheric and Oceanic Sciences.

From there, Matt was hired at WJFW in Rhinelander, Wis., and became the morning meteorologist.

When Matt is away from KETV, he enjoys attending concerts, running half marathons, and cheering on the Badgers, Brewers and Packers. He only asks that you keep any sports rivalries friendly!

You can send in questions before the event, or ask them live in the chat the day of the event.